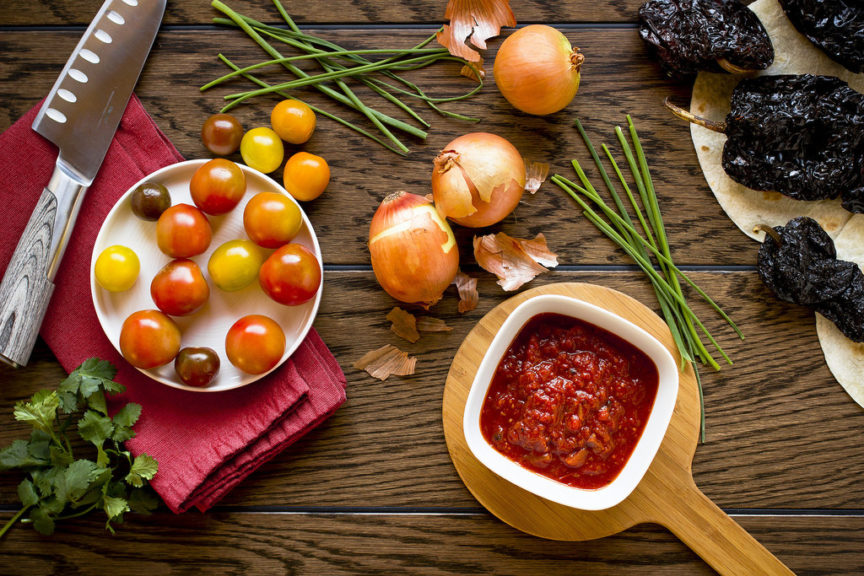 The Salt Lake Valley may not seem like the hub of great eats, but there are a surprising number of restaurants and bakeries that have been featured on popular TV shows like Diners, Drive-ins and Dives, Cup Cake Wars, and Man vs. Food Nation.

If you’ve ever watched the Food Network and craved a taste of the dishes you see, now you have a chance. Check out this list of Salt Lake City (and surrounding area) eateries that have been featured on the Food Network. If you’re new to the area, heading to these local favorites can help you get familiar with the feel of your new neighborhood.

Aristos: Not only was Aristo’s featured on Diners, Drive-ins, and Dives; it’s also recognized as one of the top 100 Greek restaurants in the United States. Guy Fieri indulged in grilled octopus and lamb tacos. You can find Aristos at 224 South, 1300 East in Salt Lake City.

Blue Plate Diner: Located at 2041 South, 2100 East in Sugarhouse, The Blue Plate Diner offers a variety of homemade dishes. They are most well-known for their breakfast dishes and Mexican plates. The restaurant was featured on Diners, Drive-ins, and Dives.  Dishes that Guy Fieri tried were the corned beef hash, smoked salmon, tamales and pork Chile Verde.

Bruges, Waffles, and Frites: Head to 336 West Broadway, in Salt Lake, to taste what Adam Richman, of Man vs. Food Nation, tasted. Adam indulged in the restaurant’s signature dish, the Machine Gun. The sandwich features homemade lamb sausages, Andalouse dipping sauce, and fries, all loaded on a baguette.

Kobe Japanese Cuisine and Sushi Bar: In the mood for something hot? Adam Richman tried the Hellfire Sushi Challenge at Kobe Japanese Cuisine and Sushi Bar on Man vs. Food Nation. Challengers try to eat a range of spicy sushi, starting at a 4 and going up to a 7 (which sits at 400,000 on the Scoville scale). This challenge is not for the weak of tongue. If you want to give it a whirl, head to 3947 Wasatch Boulevard in Millcreek.

Lone Star Taqueria: If you’re in the mood for a tasty burrito, check out this restaurant that was featured on Diners, Drive-ins, and Dives. Featured dishes here included the adovada burrito and the shrimp burrito. The eatery is located at 2265 E. Fort Union Boulevard, just outside of Holladay.

Sweet Tooth Fairy: If you want to taste some award-winning cupcakes, look no further than the Sweet Tooth Fairy. The bakery won the episode with cranberry wine and brie cheesecake cupcakes. They also sell cake bites, cookies, and chocolate covered pretzels. Their cupcake flavors change daily. They have several locations in the Salt Lake Valley including South Jordan, Midvale, and Salt Lake City. You can find the closest store to your neighborhood on their website.

Heaven Cupcake: This sweet bakery was also featured on Cupcake Wars three times, though they’ve never taken home the big prize. They offer an array of cupcakes ranging from vanilla to chocolate peanut butter and lemon. This bakery delivers their goodies, so you’ll need to place an online order or call them.

Sweet’s Candy Company: Featured on Kid in a Candy Store, this confectionary shop offers an array of interesting treats like candy corn and margarita flavored taffy. They’re also popular for their different flavored chocolate sticks. If you want to make a trip out of it, they offer factory tours for free. You’ have to make an appointment, so plan ahead. Check out this fun shop at 3780 W. Directors Row (1100 South) in Salt Lake City.

Get a taste of your new home by checking out some of these featured eateries. You’ll get the chance to enjoy some good food and acquaint yourself with the neighborhood and the people.

Let’s do a quick search for your new home.

My overall experience was fantastic. Dave spent many weekends showing me homes that he had spent the time and effort to filter down so that all of them met the criteria for what I was looking for. Dave never lost his enthusiasm to make sure he found the right home for me. After almost three months, he showed me a home that I instantly loved, and did everything possible to make sure he secured that home for me. Even when it looked as if the homeowner was going to "walk" on the sale, Dave spent many hours on the phone back and forth with the homeowner and their real estate agent. Even after he locked in the sale in for me, he also went above and beyond afterwards to make sure I was happy and comfortable with everything. From helping me secure a home inspector, as well as a loan officer, Dave made sure I was taken care of throughout the whole process.
--Fred

David Kevitch was my realtor for my first home purchase. He took me around to see houses in Salt Lake for a few months until we found something I loved. He has a very good knowledge of the market and was able to tell if the asking price was right or overpriced and why. He was also able to give advice on things I should be looking for, and warning signs for things to watch out for. Overall, the searching process was very easy.
The rest of the process went smoothly, and Dave set up the home inspection, recommended a few lenders, and also ran comparables for the area to make sure we were getting a good price. I am very happy in my new home and am pleased everything was as easy as it turned out to be. Throughout this whole process, Dave was very responsive, easy to contact, on time, and was able to answer all of my questions. I plan to use him the next time I need to, and I recommend him to friends and family.
--Anthony

Dave did a awesome job helping me find a home. He was no pressure and in some cases actually brought me back down to earth and helped me avoid pricey mistakes. Dave never made me feel like my constant calls were a pain. It was like doing business with a really good friend.Thanks again Dave!
--Freddie

We want to hear from you.

Please call or send us an SMS to speak to somebody immediately.

You may also send us an email at david@wasatchhomesandestates.com